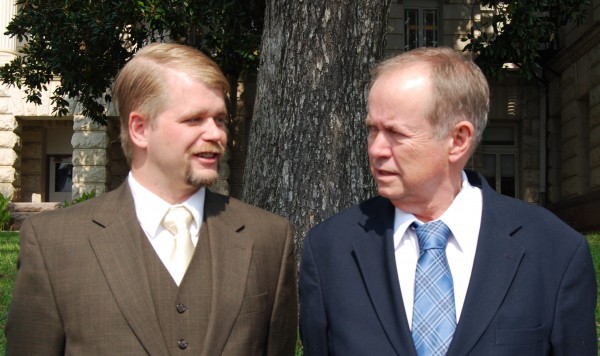 Serving Texas and Texans Since 1977

Though the law firm is Giles & Giles, P.C., a Giles law firm has been around since the late 1970s in a few different forms and under a few different names. What hasn’t changed is that a Giles was leading the firm and helping Texas citizens. Claude Giles was the original managing partner and continued in that position until 2011 when his son, Lewis, took up the standard in his place.

The beginnings of our firm extend back into the late 1970s. It started when, in 1977, Dan Makowsky and Claude Giles made the decision to separate from the law firm of Edwards, Faulker, Giles and Makowsky beginning their own firm – Giles & Makowsky. The law office of Giles & Makowsky was located on the first floor of Waco’s Professional building at the corner of Franklin Avenue and 5th Street.

Three years after opening their doors, the Claude and Dan brought in a new partner, Ray Black. The firm, now Giles, Makowsky & Black continued until Ray Black left in 1982 to form his own firm – Ray Black and Associates. At this time, Giles & Makowsky moved their offices to the seventh floor of the Robinson Tower, which is located at the corner of Interstate 35 and University Parks Drive in Waco, Texas. 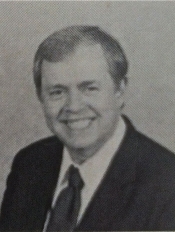 Claude Giles, upon becoming the sole remaining attorney, moved the office to One Liberty Place located on the corner of 6th Street and Austin Avenue. The firm changed forms in 1998 when the law office changed from a sole proprietorship to a Professional Corporation becoming Claude Giles, P.C.

In 2008, Claude took on an additional attorney in the form of his middle son. Even though Lewis had been clerking for the firm since beginning law school in 2005, he became a full-time associate in 2008 and began practicing law and defending Texans in the Central Texas area beside his father.

In 2009, Lewis became the Managing Attorney of Claude Giles ,P.C. And the two practiced together until Claude’s retirement from the practice of law in 2015.  In 2012, Tom Moore, Jr. Became of counsel with the firm and the next year Lori Krasienko joined the firm as an associate attorney.

In 2015, Lewis, upon becoming the sole remaining Giles practicing law, started Giles & Giles, P.C. with his father of counsel. Tom Moore, Jr. And Lori Krasienko joined the firm in their same capacities as before. “In 2016, the firm moved to it’s current location in the Baylor Tower at the corner of 8th and Washington.

What started with one Giles in 1977 continues on today and to tomorrow defending and helping the the citizens of Texas and providing legal solutions to life’s problems.